The Road to Copenhagen

The Road to Copenhagen 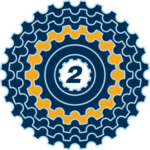 The Road to Copenhagen is a 680 mile long-distance cycle tour across Europe.

At the beginning, you ride on the gorgeous North Sea cycle route, traversing the spectacular dyke at Afsluitdijk and crossing part of the nature reserve that straddles the border between the Netherlands and Germany. From there we cycle through Wilhelmshaven and Bremerhaven before getting up close and personal with the Kiel Canal (which links the North Sea and the Baltic Sea). We then follow the Baltic cycle path taking a super ferry across into Rodby in Denmark. The final miles of the journey are the icing on the cake. Cycling in the Danish countryside is quiet, the scenery is beautiful and we will encounter slopes rather than hills. On the final day we cycle into Copenhagen on National Route 6 with time set aside for a celebratory glass of Carlsberg – probably.

Your accommodation, on a twin share bed and breakfast basis, will be in hotels, typically Premier Inns or Holiday Inns, along with carefully selected family run hotels and good quality bed and breakfasts.

Single accommodation is available for a supplement price of £395

A packed lunch will be provided.

You will need to purchase your own evening meals, which are usually eaten communally, although you are free to opt out if you wish.

In the Tour Plan, (B, L, D) refers to meals included in the trip cost i.e. Breakfast, Lunch, Dinner.

We offer a bike delivery and collection service. Please get in touch with us for details.

The route of this tour is flexible and should be seen as a guide only. Local conditions, weather or fitness could lead to changes in our daily plans. All times and distances are approximate. 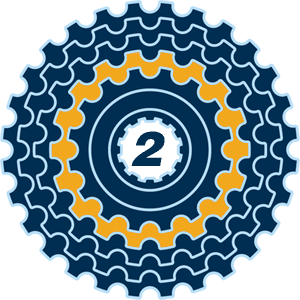 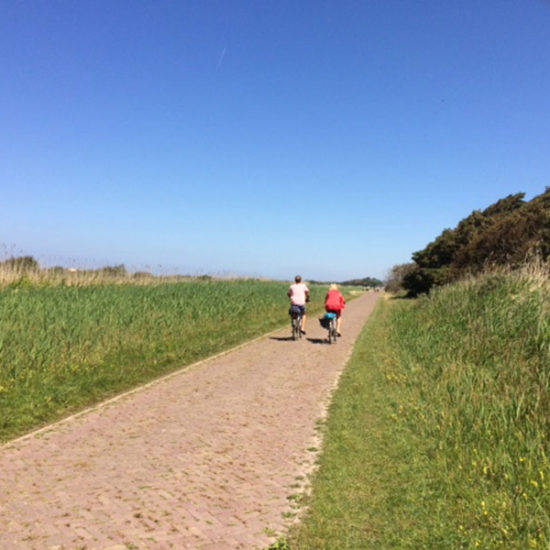 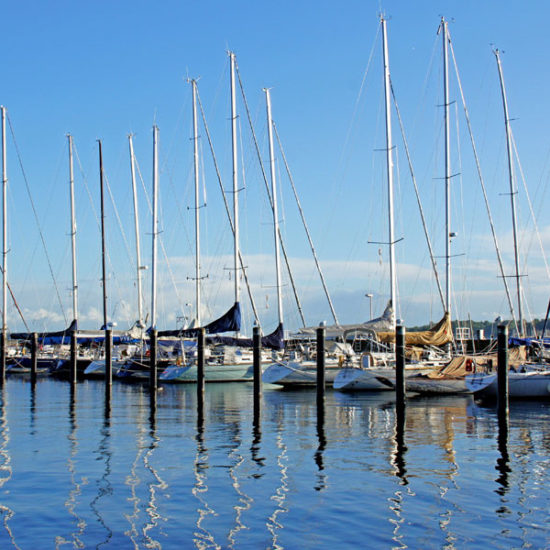 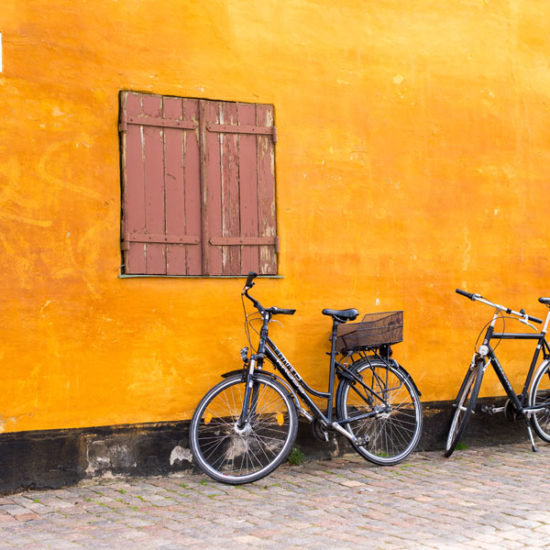 We will meet at Harwich International Port, Essex and catch the overnight Stena Line ferry, the Stena Hollandica, to the Hook of Holland. Around 9am the following morning we will disembark and once we have cleared immigration and customs we reconvene in the car park close to the ferry terminal for a final bike check and the cycling begins.
2

Cycle from The Hook of Holland to Zandvoort

On the first cycling day of our tour we will be following North Sea Cycle Route (LF1) from the Hook of Holland, with the North Sea away to the left, the landscape is one of dunes and sandy beaches as we wend our way to Zandvoort one of the largest beach resorts in the Netherlands and home to the famous Zandvoort motor racing circuit. (B, L)
3

Cycle from Zandvoort to Den Helder

After a relaxing evening in Zandvoort, first thing in the morning we will push on along the coastline traversing the city of Ijmuiden (the largest fishing port in Western Europe) which lies at the mouth of the North Sea Canal connecting Amsterdam to the North Sea, and after some interesting cycling through the city later on in the day we will be once again pedalling through a spectacular and diverse landscape. As we cycle into Den Helder we will be traversing some unique nature reserves noted for their dunes and woods. This evenings accommodation is in Den Helder a naval town and once an important part of the defence line ‘De Stelling van Den Helder’ constructed during the Napoleonic era. (B, L)
4

Cycle from Den Helder to Leeuwarden

By now the rhythm of the tour is taking shape and after a good breakfast and the morning’s briefing we will be cycling along the Dutch coast before crossing the Afsluitdijk, a 20 mile dyke that connects North Holland with Friesland. The Afsluitdijk also acts as the closing dyke between the IJsselmeer (the largest lake in Holland) which is fed by the rivers Amstel, Rhine, Vecht, IJssel and the Wadden Sea. After a some exciting cycling todays proceedings are brought to a close in Leeuwarden, the capital of the province of Friesland. Leeuwarden is a market town lying in the heart of an agricultural district and is also a university town and home to more than 600 monuments so there will be plenty to see during an evening’s stroll.  (B, L)
5

Cycle from Leeuwarden to Delfzijl

Upon departure from Leeuwarden we will be heading almost due east for all of today’s cycle tour, as ever in the Netherlands, the cycling terrain will be flat and the cycle paths well signed and well maintained. En route to Farmsum we will be cycling through Groningen, the most vibrant city in the northern Netherlands. We will be aiming to stop for a coffee in the wide open spaces of the Grote Markt which forms the centre of Groningen itself. From Groningen we have around 19 miles more rural cycling to complete before we arrive in the coastal town of Farmsum. (B, L)
6

Cycle from Delfzijl to Wilhelmshaven

This morning we will be leaving the Netherlands behind and crossing the border into Germany, todays ride is a spectacular affair that traverses part of the South Großes Meer (Südteil Großes Meer) this nature reserve was established in 1974 and is surrounded by a 2,500 hectares (6,200 acres) of protected landscape. With its extensive belt of reed-beds and the adjacent wetlands the Großes Meer and its surrounds are a breeding area and habitat of regional importance. Black-tailed godwit, snipe, lapwing, short-eared owl, marsh harrier, hen harrier, bittern, sedge warbler, bluethroat and reed bunting are a few of the species of breeding bird that are important from a conservation perspective. In winter huge flocks of greylag geese and greater white-fronted geese shelter here.From then on our journey takes us through some gently undulating and perfect cycle touring terrain to reach the town of Wilhelmshaven which lies on the western side of the Jade Bight, a bay of the North Sea. Wilhelmshaven is Germany’s only deep water port and is home to its largest naval base as well as being part of the Lower Saxony Wadden Sea National Park (itself part of the Wattenmeer UNESCO World Natural Heritage Site). (B, L)
7

Cycle from Wilhelmshaven to Cuxhaven

Today’s cycle tour will find us heading to the south east to skirt around the Jade Bight, we then cross the River Wesser at Sandstedt, before heading north and now cycling alongside the river to reach the city of Bremerhaven. Having enjoyed a break for coffee and cake in the city we continue to hug the coastline of the North Sea as we make our way along some fine cycle paths to our evening’s accommodation in Cuxhaven which lies at the mouth of the River Elbe.  (B, L)
8

Cycle from Cuxhaven to Burg

With a cycle route so dominated by the sea and rivers it is inevitable that at some stage we will be taking a ferry and this morning we start the day with a journey from Cuxhaven in Lower Saxony across the mouth of the River Elbe to reach Brunsbuttel, a town in Schleswig-Holstein, northern Germany and the location of the western entrance to the Kiel Canal, the busiest artificial waterway in the world. From Brunsbuttel we head north west and traverse the environmentally important area surrounding the Kudensee before cycling into the small town of Burg where we will spend the evening.   (B, L)
9

Cycle from Burg to Kiel

Burg is surrounded by farm and marshland, and this quiet, lovely landscape forms the early backdrop for the start of the day’s cycling, we will then cycle alongside the magnificent Kiel Canal where we will be side by side with luxury liners and other ocean going leviathans before pedalling into the city of Kiel itself which is the capital of Schleswig-Holstein. We will be having dinner in Kiel's historic grand harbour region before retiring for a well earned rest.   (B, L)
10

Cycle from Kiel to Rodby

After a relaxing evening in Kiel we will be cycling out of the city on the western shoreline of the Kiel Fjord before catching a ferry at Dusternbrook and crossing the fjord to Monkeberg. From there we will be following the Baltic Coast (Ostseekustenroute) D2 coastal cycle path to the north east to Laboe and onwards to Stein, Behrensdorf and ultimately onwards to Heiligenhafen. From Heiligenhafen we then cycle onto the island of Fehmarn and having cycled across the island we finally say goodbye to Germany and catch the ferry over to Denmark where we will spend the night in Rodby.  (B, L)
11

Cycle from Rodby to Dalby (Haslev)

In common with many parts of the Netherlands and Germany, Denmark has a strong cycling culture and riders will find the flat topography and the extensive network of cycle routes are an absolute joy upon which to ride. We will be departing from Rodby and soon joining National Cycle Route 7 and then following a route that takes us through Maribo, Sakskøbing and Guldborg before arriving at Vordingborg. From Vordingborg we move onto the Regional Cycle route number 56 which takes us through some lovely forests to reach the town of Praesto on the southern shore of the Praesto Fjord and from there we remain on the route 56 to Haslev region where we call a halt to today’s cycling.   (B, L)
12

Cycle from Dalby to Copenhagen

Copenhagen is within touching distance but there is still a little more fantastic cycling to enjoy. From Ronnede we return to the Regional cycle Route 56 and continue northwards to join the National Cycle Route 9 in the coastal town of Koge and from there we continue northwards on course for Copenhagen, we have plenty of time in which to make our destination, we will pause for one final coffee stop in one of the many beach resorts that lie to the west of Koge Bay. From Koge we remain on the Cycle Route 9 before taking National Cycle Route 6 into the very heart of Copenhagen which marks the end of our adventure. We will having a last meal together in central Copenhagen and our support crew will be liaising with clients regarding bike shipping back to the UK.  (B, L)
13

Time to depart for your journey home or why not extend your stay for some sightseeing. (B) 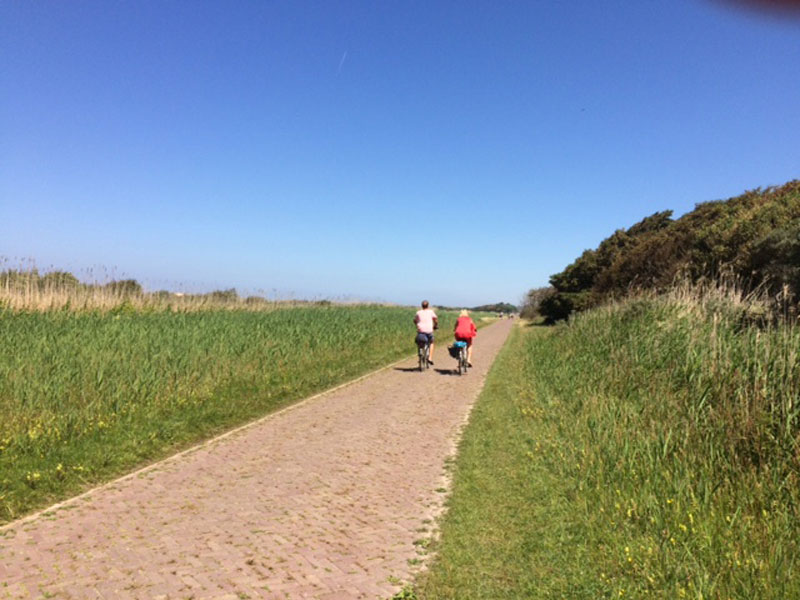 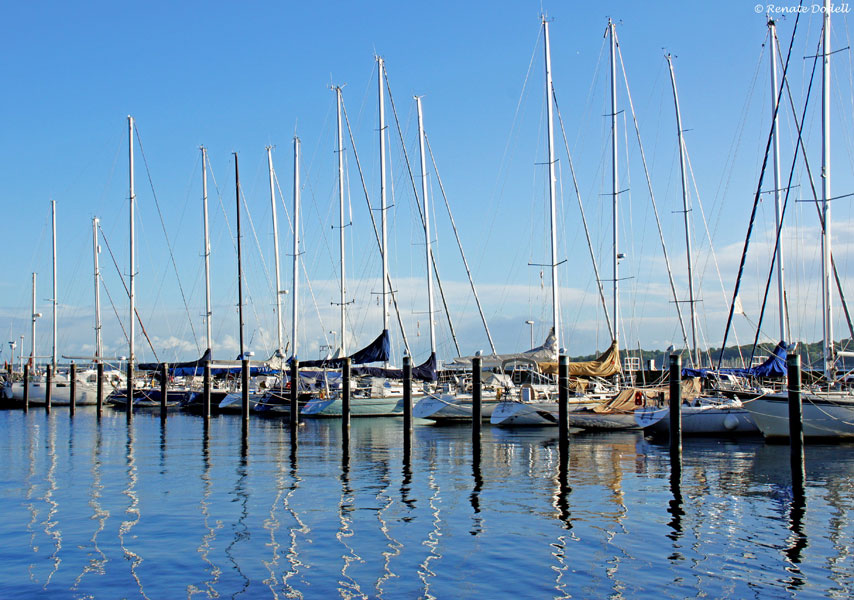 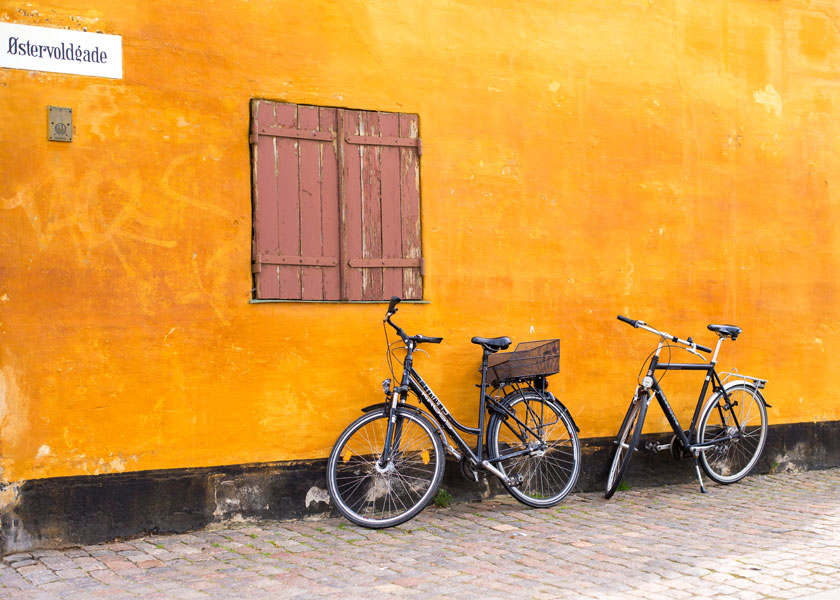 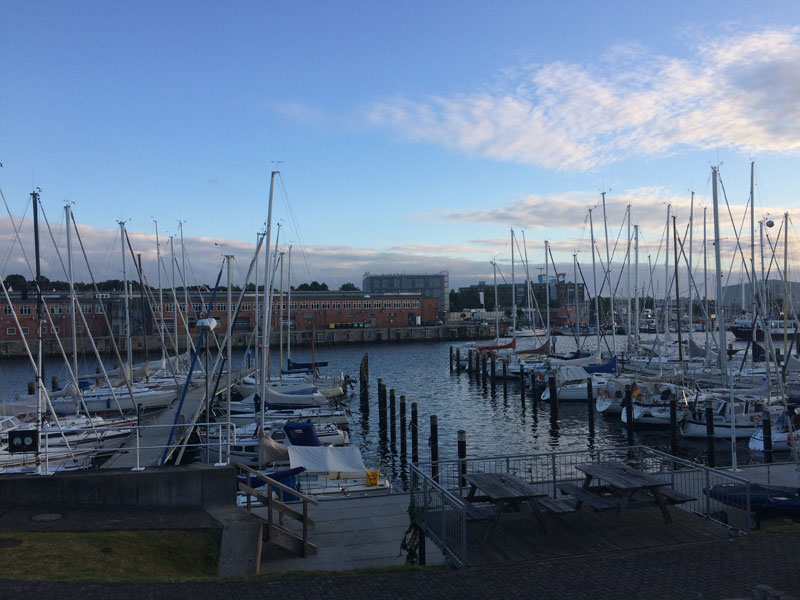 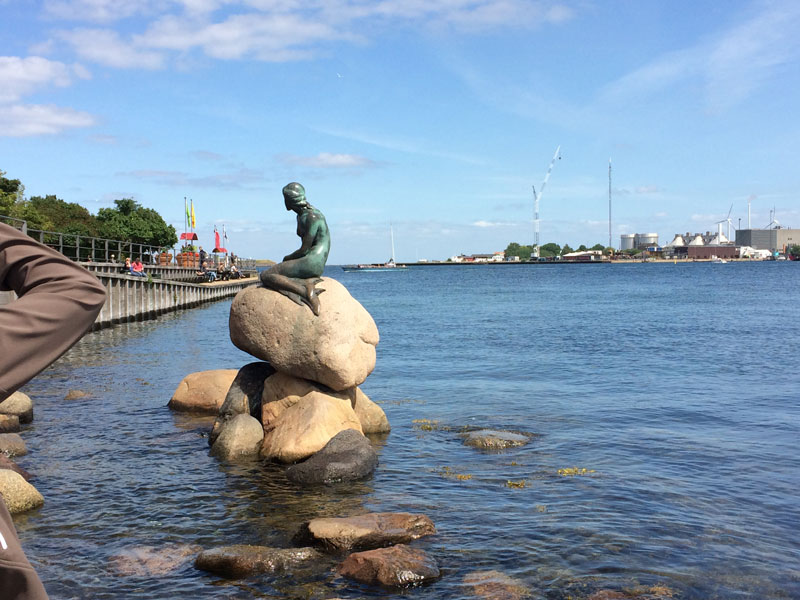 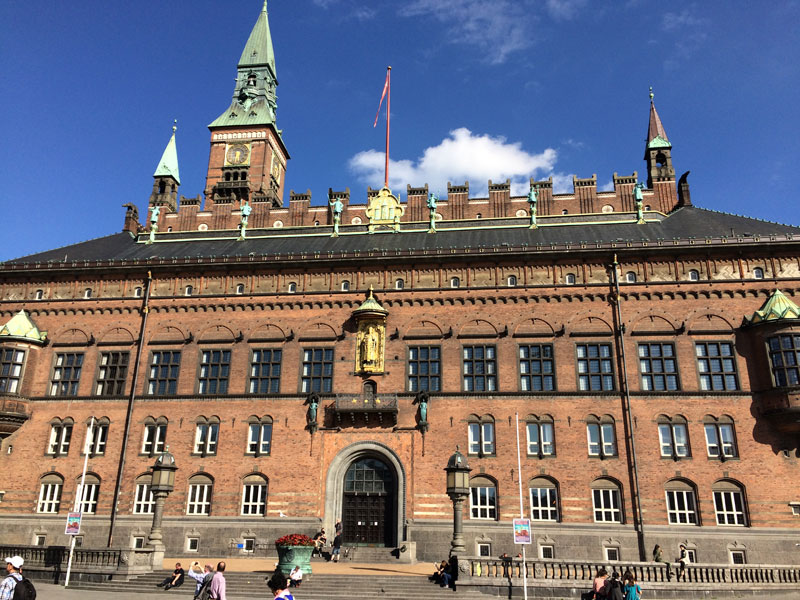 BOOK A PLACE ON THE ROAD TO COPENHAGEN CYCLE TOUR

Please click on your preferred tour dates below and you will be taken to our secure booking form. If you prefer not to book online, you can download a booking form and post or fax it to us. Please read the Booking Conditions carefully before completing the booking form. We require a completed booking form plus the appropriate deposit before your reservation can be confirmed. Note your booking is with High Places Ltd an ATOL and ABTOT bonded tour operator. BOOK 4-16 JULY 2021 BOOK 1-13 JULY 2022